The next step for connectivity in cities: 5G

In the context of our Smart City Hub we are involved in the development of innovations for the improvement of cities. In this way we have come together with companies and the city of Berlin to tackle urban challenges by bringing 360 degrees of the smart city scene.

One big technology that is disrupting this ecosystem is the Internet of Things (IoT) or the network of smart devices that collects and shares data to each other. The future of IoT is unlimited. This can be seen by some key facts:

A network of smart, interconnected devices is only now a real possibility because of the next generation of wireless technology: the 5G.

5G will transform the tech industry and serve as the backbone to the fourth industrial revolution. This game-changing technology boasts speeds up to 100 times faster than its predecessor 4G, and latency up to 120 times lower.

5G is also set to enhance connectivity across networks in the smart city context. We have seen projects in the areas of utilities, energy, smart mobility, among others. However, this is at an early stage, due to the 5G availability at this time. Anyway, many established firms are making investments in this technology. For example in Germany companies like Audi, Mercedes-Benz, BASF, and Deutsche Messe AG are already investing in 5G.

Early 5G deployment began at the end of 2018 when AT&T launched 5G wireless networks in 12 cities in the U.S. In Germany there are two players who have started to operate 5G in 2019 – Deutsche Telekom and Vodafone. Other suppliers are moving fast on bringing 5G networks to the main cities. Last year four mobile phone carriers bid for 5G licenses and paid €6.6 billion to the federal government. Now the German government works to finalize rules governing network suppliers.

Especially progress has been made in the city of Berlin. Here, Berlin’s Mitte district forms the largest continuous 5G coverage area in Germany, with about six square kilometers supplied by Deutsche Telekom. The goal is to serve a larger area instead of isolated spots around individual antennae.

It is expected that more than one-fifth of the world’s countries will have launched 5G services by 2020. But this is only at an early stage. Widespread implementation of the technology may take many years.

We are starting a new decade of uncertainty but also high expectations in new technologies, innovations, and solutions for the main challenges of our times. We are on the peak of the fourth Industrial Revolution, which will be greatly enhanced by 5G networks. But along with that comes a lot of unanswered questions. The huge number of devices also means massive amount of data generated all the time. The challenge lies in how we deal with topics like storage of data, cybersecurity, privacy, and more. Questions that will have to be answered in the exciting years ahead. 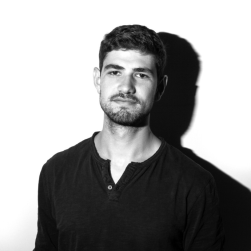 Thomas is program manager at Berlin Innovation Agency and runs the Future City Incubator and Hub. He has experience in the startup scene in Germany where he led different editorial and data-based projects for a publishing house in Berlin. Thomas is interested in playing a role that contributes to the development of more sustainable, connected, and efficient cities around the world.
All posts

The latest from our blog

How our startups shape the future of Berlin?

Any cookies that may not be particularly necessary for the website to function and is used specifically to collect user personal data via analytics, ads, other embedded contents are termed as non-necessary cookies. It is mandatory to procure user consent prior to running these cookies on your website.